Flash Recruitment : Behind the Scenes

For the tenth consecutive year, the students who chose the International Business Development specialisation of the M2i organised the event known as “Flash Recruitment”. But what is the “Flash Recruitment”? It is one of the events organised entirely by the M2i students during the second year of their master’s degree. This event aims at bringing together several companies that are looking for interns and whose internship offers correspond to the different specialisations of our master: International Business Development, Communication, or International Travel Management. This internship is compulsory, and it is the last stage of our university studies. Thus, the Flash Recruitment is an important means for the students to build up their professional network and to help them to find an internship.

This year, the event took place on Friday, November 10th, 2017 and took the form of a trade show in order to make the discussion between students and recruiters less formal and to foster a friendly atmosphere. There was a welcome buffet, as well as a cocktail to wind up the day. No less than 11 companies rose to the challenge and came to our event, with 21 recruiters present on D-day. We were pleased to welcome Beekast, Lifeaz, Néovia, Hubworkair, Riverchelles, Simplebo, Neodia, Datawords, Provideup, Générationnel, and World Business Contact Center. Two members of the University Careers Office (“Bureau d’Aide à l’Insertion Professionnelle”) also came to conduct simulations of job interviews with the students. Follow-up feedback from companies after the event was all very positive.

So how to become a professional in event management in barely two months? What actually happens backstage? What decisions need to be made? Here are some tips from this year’s two project managers, Caroline Bougron and Florence Gässler.

How did the organisation of the event work?
Caroline: It worked well. We were well organised: we met several times, once with the whole class to explain what our idea was and then only with the IBD group and with the managers of the different divisions (communication, commercial, logistics and entertainment). We created a Gantt planning and during the meetings we projected PowerPoint presentations to make it clearer for everybody. Several Facebook groups were created for the different divisions, and the managers of each division reported back to Florence and myself. There was a kind of hierarchy which made the communication easier. On D-day, everybody knew what he or she had to do. So it went smoothly – even though we had some problems the evening before the Flash Recruitment and also on D-Day, as some recruiters announced at the last minute that they could not come to our event. Everything had to be reorganised several times at the last minute but as we had a strong organisation and good communication, we managed to solve everything with the help of the class.
Florence: There were two team leaders, and within the different departments we also had a leader. We tried to give every group different tasks and deadlines for when things needed to be done.

What are the “dos”?
Caroline: I think it is important to communicate and also to be well organised as I explained earlier. Meeting and discussing the issues face to face are the best actions to get such an event well prepared and to turn it into a success.
Florence: Good group communication, listen to the others, and clear missions for everyone.

What are the “don’ts”?
Caroline: The don’ts are the contrary of the dos: nobody should be set apart. It is important to communicate with people and to lead the whole class. It is also important not to be dispersed and to focus on the preparation otherwise it will not lead to good organisation. Also, if you don’t make schedules and lists, you are quickly lost in the organisation and you get side-tracked.
Florence: Not to say what bothers you and not being honest, not trying to understand the point of view of the others, not being a good team player.

What do you recommend for the next project managers?
Caroline: For the next project managers, I would recommend that they create a larger commercial division. Because when it came to searching for internship ads and to contacting recruiters by e-mail and then by phone (cold-calling), we realised that our commercial division was not large enough. Only four people were responsible for contacting the recruiters Three weeks before the event, we had to ask people from the other divisions to come and give us a hand in order to reach our goal of having 20 recruiters on D-day. Thanks to the commitment and the hard work of all the class, we were able to carry off this event.
Florence: They need to better define what the different tasks are and to organize the number of people accordingly (we had one group with not enough people and too much work for them). At some point, there will be misunderstandings and discussions. This is part of the organization of an event. You should be able to understand the different ways of working of everyone.

In few words, how would you summarize your experience as project managers of this event?
Caroline: It was intense and stressful but when you see that everything you planned is going well (with some adjustments) you feel delighted and proud of your team.
Florence: It was an enriching event. Working in a group is not always easy because everyone works in a different way. You learn a lot about yourself and the others as well.

This article was written by: 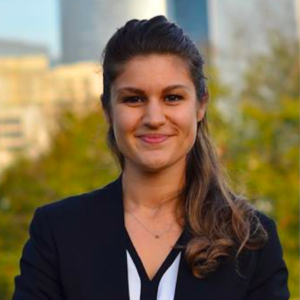 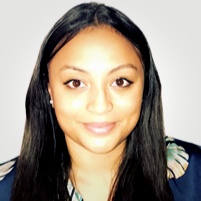 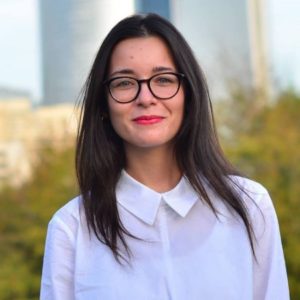